The NNH Network has lost a star player.

“In the past few years, I’ve met some incredible conservationists but very few that have compared to Darcy Belanger. I had the honor and privilege of working closely with him through Nature Needs Half and through his integral role with Parvati.org’s MAPS Initiative (Marine Arctic Peace Sanctuary).

As a young conservationist, I was in awe and completely inspired by Darcy’s overwhelming passion and dedication to making this world a better place for all life on Earth. He worked completely without ego. Darcy worked tirelessly not because he wanted to get ahead or make a name for himself in the conservation world but purely because he felt that it was his duty to give a voice to the places, the people, and the species that didn’t have one.

We have lost one of the best ones in conservation. Darcy, thank you for all that you have contributed to this world, we will not let your hard work be lost.” 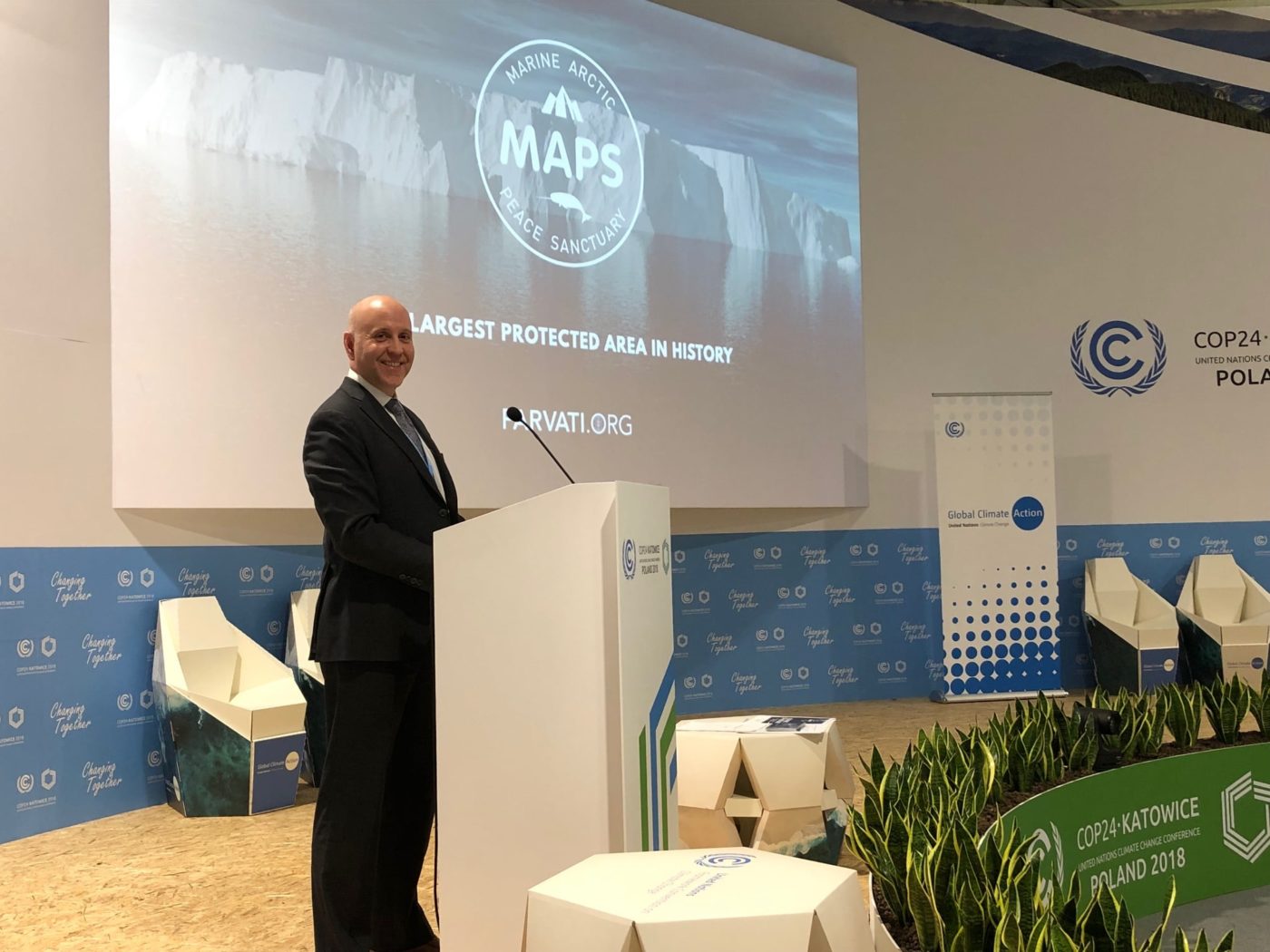 Parvati.org’s all-volunteer team announces with deep grief that our founding member and Director of Strategic Initiatives, Darcy Belanger, was one of the 18 Canadians who lost their lives on Ethiopian Airlines Flight 302 on March 10, 2019.

Admired for his courage, outstanding achievements, and noble qualities, Darcy was a hero in every sense of the word. He was passionately devoted to the protection of all life through the realization of MAPS, the Marine Arctic Peace Sanctuary. On March 10, 2019, he died while on his way to serve that goal.

Having taken time off his day job as Director of Professional Development with PCL, Darcy was traveling to Nairobi for the United Nations Environment Assembly. There, he was slated to meet with government officials, media and a growing pan-African volunteer contingent in support of MAPS.

Since supporting the North Pole mission of Canadian musician, activist and author Parvati to raise awareness of the melting polar ice, Darcy selflessly gave all he could to help the world. In 2014, when Parvati became aware of plans for seismic testing in Canada’s Arctic Ocean, Darcy was one of the first to join the cause for MAPS, recognizing the importance of the Arctic Ocean to our collective future. He co-founded Parvati.org and has been on the front lines for MAPS ever since.

For millions of years, the ice of the Arctic Ocean has kept our planet cool. It balances global weather patterns that give us the food and resources we all need to survive. But today it is under threat as never before. MAPS declares the entire Arctic Ocean north of the Arctic Circle a protected area, the largest in history.

On his own time and funds, supported by friends and loved ones who were moved by his courage, Darcy personally brought the MAPS Treaty to COP 21 in Paris, COP 22 in Marrakech, COP 23 in Bonn and COP 24 in Katowice, and UNGA 72 and 73 in New York, as well as to the Climate Action Pacific Partnership last July in Suva, Fiji. He would boldly approach the highest-ranking officials to engage them on MAPS and humbly serve alongside any willing volunteer. His unofficial title within Parvati.org was “quarterback” as he helped move MAPS forward at all levels.

Darcy was truly a champion and a force of nature, one whose passing leaves an unimaginable gap in this work as well as in the lives of his family, friends and colleagues. Yet he also leaves us with a deep determination to honor his legacy of courage, compassion and focus. He dedicated his life to moving MAPS to completion. Our MAPS global family, hundreds strong and all volunteers, is rallying like never before to ensure that all Darcy’s work is seen through to completion.

“Darcy was like family to us,” says Omesa. “He inspired all our actions. Now it’s our turn to honor him, to do what he would have wanted us to do. We were at the UNEA 4 today talking to people and explaining MAPS. I’m personally committed to see MAPS achieved. I have more justification to do it now than ever, for humanity, for the planet and for Darcy.”

“Darcy demonstrated every day his commitment to MAPS,” says Parvati.org founder and director Parvati. “His legacy is what MAPS is about: the courage that recognizes our inherent interconnection and the action that arises out of compassion for all. May we live with profound courage in his honor.”

We ask all to respect the privacy of his wife and family and to hold them in thoughts and prayers. They strongly supported Darcy in all he did for MAPS, and asked that his heroism be made widely known. It is their wish that all donations in Darcy’s memory support MAPS.

Above all, we implore world leaders to immediately sign the Marine Arctic Peace Sanctuary Treaty. We have the opportunity today to prevent unthinkable tragedy on a global scale. Will we take it? Life, as we are shown so clearly today, is a short and precious gift. We must embrace our responsibility to look after one another as members of one Earth family while we can.

Darcy’s final message before we lost him on Ethiopian Airlines Flight 302.

Return to May Newsletter