Conversations for the protection of nature

If you’re like most people, you dread starting difficult conversations, especially when you have to ask for a substantial change in behavior.

That’s what makes difficult conversations so, well, difficult. But as dread-inducing and complicated as they are – if done well – they can often be extremely rewarding because difficult conversations are often the first step to better relationships, healthier living, and more responsible behavior. Without them, preventable problems would go unresolved and conditions would deteriorate.

Now imagine what it’s like trying to have a difficult conversation with 7 billion people?

Because that is precisely what the Nature Needs Half Network is doing: we are reaching out to the peoples of the world to let them know that our biosphere is on the verge of collapse because we are losing its green engine that manufactures the conditions suitable for life – wild nature – at an alarming pace.

And we can’t save it without their help.

We are asking them if they are willing to implement a relatively simple solution (given the severity of the consequences should we continue apace): setting aside half of nature to end the Sixth Mass Extinction, and protect life on Earth.

What it requires is a shift in the way we think about and the way we behave towards the wild world upon which all life depends.

And to many, when it is stated like that, it doesn’t sound like all that difficult of a conversation. 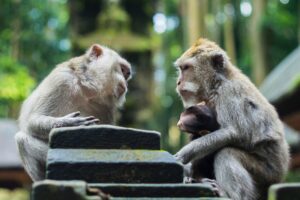 Unfortunately, though, for most people it is. Many do not understand the singular role wild nature serves in making the conditions for life on Earth possible. Either that, or they are unconcerned about the catastrophic loss of 4 million species in the next 30 years and what that will do to the biosphere and ecological (life-giving) services.

That is why the work of the Nature Needs Half Network this past year has been ground-breaking in many regards. Network members have successfully worked to protect key species in dozens of locations around the globe, while simultaneously starting and continuing a very difficult conversation. They have also amplified the voices of key leaders located in strategically important regions, and recruited them for ambassadors of the Nature Needs Half movement.

Among Nature Needs Half’s dozens of achievements this year, below are some of the highlights partners shared in the last few weeks.

These successes are no small feat, given the reluctance many have to engage seriously in a conversation on how to protect Earth’s utterly necessary, and utterly unique biosphere.

But there is still more work to do.

Stay tuned in 2019 for more updates as Nature Needs Half mobilizes more people and institutions in advance of the next United Nations’ Convention on Biodiversity.

Our goal is nothing short of a healthy, vibrant, life-sustaining planet. And we’re going to need your help to achieve it. 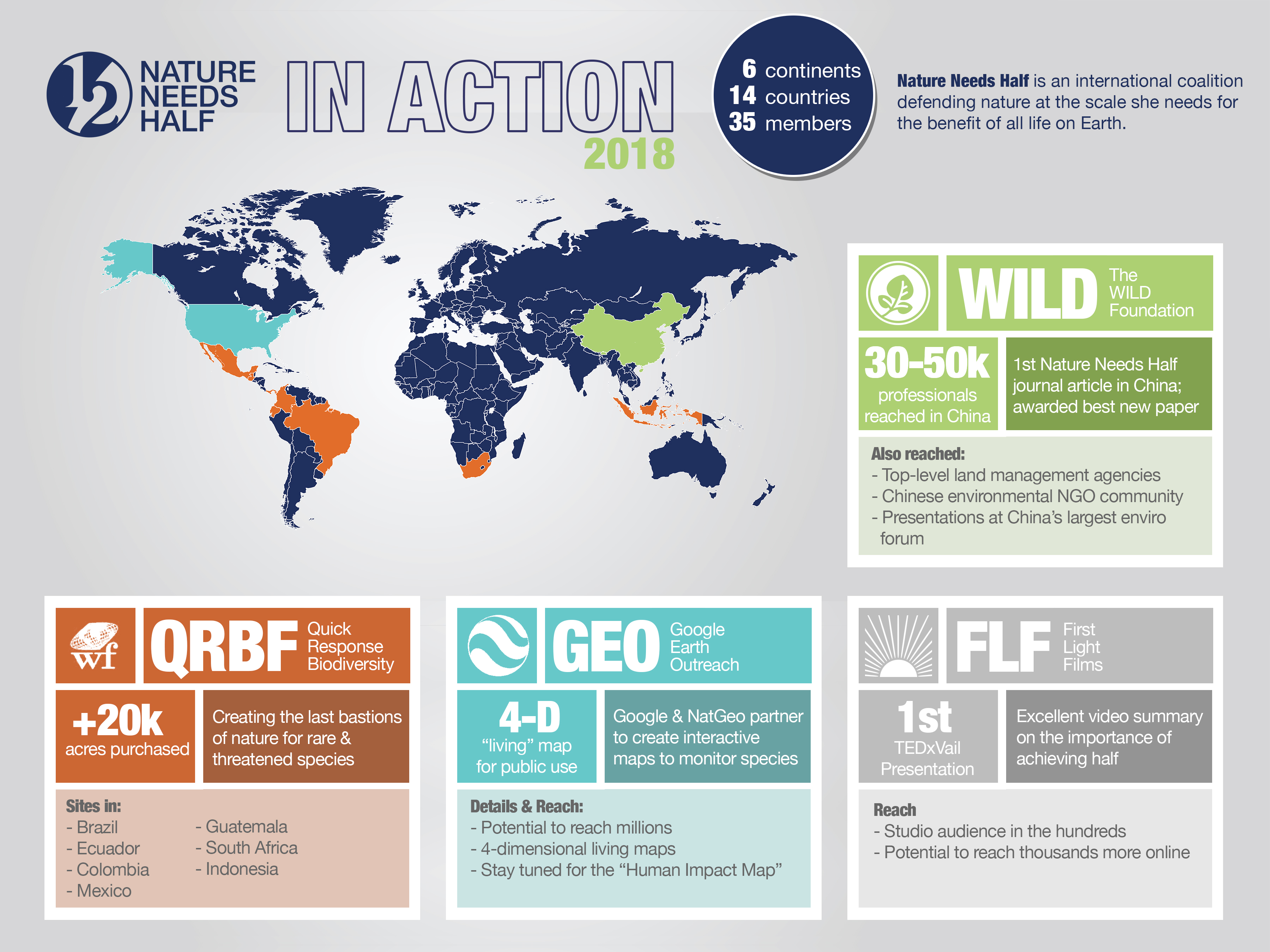 Nature Needs Half In Action 2018